The first day for Team Holland, a team full of early risers starting the day in a really good mood. The team took of from Austria’s capital Vienna heading for Brno, the second largest city of the Czech Republic. They passed the boarder at lunch time and soon thereafter entered Pohofelicie, a charming city with flat surroundings.

The good mood continued and some where more over excited than others. Barrie for exempel impressed us all when he now and then subtracted the others and, while waiting, climbed the same hills several times.

– I like the feeling of almost flying downhill when going fast, so I really enjoyed the ride. Going into Brno we hit rush hour and it became hard to keep track of one another, which resulted in Peter missing a turn and getting lost. He had no phone and no GPS on him and we all went to look for him. About an hour later we were reunited. So, note to others – make sure everyone has a GPS! said Barrie afterwards.

The night was spent with a tour of Brno, a beautiful city with lots of culture and historical buildings. 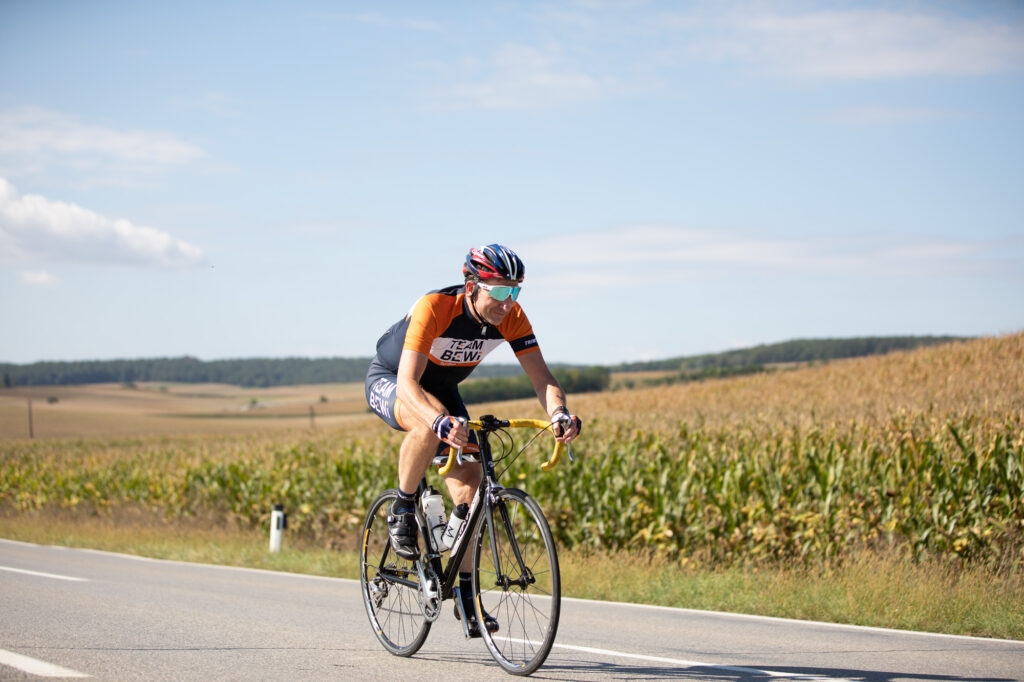 By filling in your details and submitting them to us you agree to our processing of your personal data.

Team BEWiSynbra is an initiative from BEWiSynbra Group to support important projects and raise funds for charitable foundations. Anyone of our employees can participate and we encourage everyone to get involved in some way.

By cycling together for a good cause, we can make a difference in social sustainability. And at the same time promote a healthy lifestyle among our employees.In addition to the health benefits it also helps of get to know each other outside of work.